Well, I guess my obsession with the scale is back, or maybe it never left. LOL. I weighed myself yesterday AM and I was 163.4, up a little from Saturday (162.8).

This morning I weighed in, and was shocked to see 161.6 on the scale! I don’t know if it’ll be short lived, but it feels good right now! whoo hooo!

I really hope I can just ignore the scale for the rest of the week!

I know I am obsessed with the scale and I must stop weighing myself so much.

I am setting a new goal! Only one weigh in every week! I am just making myself crazy especially when I seem to be at another plateau.

So today I weighed myself and I was still at 164.4. I am really going to try to not step on the scale until at least next Saturday. It’ll be a good test of wills!

I was sick with a cold, so my fitness workouts went out the door and I was not always making the greatest food choices.

I “feel” heavier and the scale doesn’t lie. For about a day, I was as low as 162, and now I am back up to 164. But it’s okay. Today is a new day, a new start! I am already back to eating better, and I will start working out again. It’s not the end of the world! 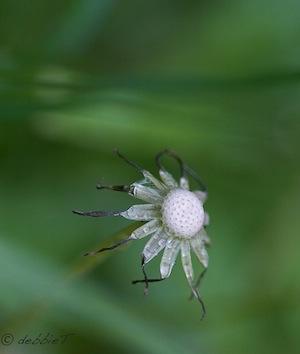 I have been hovering around the 172, 171 mark for a few days now. But still hanging on.

I had a semi-bad day last Friday night when we had family over for a birthday party for 2 people. I ate ham, meatballs, and a little piece of cake. I did go a tad overboard on the ham and meatballs! I even had a small Kahlua with milk and half & half. eeek! It was delicious!

This week is going to be the challenge though, with both Christmas Eve and Christmas Day food and frolicking!

So, to try to combat any food issues now, I reset my goals over at MyFitnessPal back to a one pound weekly loss, (instead of .5 lb). I figure it will give me a better view of my calories, which are now down to 1500.

I also think that maybe it will give me an intensive to start working out again, which will give me more calories to eat! My January resolution is to work out more for sure! I have the eating healthy part down I think and that is the one missing piece!

This still shocks me when I get on the scale and see more weight loss. I keep thinking something has to be wrong. How could it be this wonderful and easy!?

Two more pounds lost on the (new) scale this AM. That makes me down to 177 for those keeping score at home, and 23 total pounds lost. YAHOOOOO!

Note: I haven’t adjusted my calories at MyFitnessPal.com in awhile, I am still at 1560 calories, and it continues to be working for me, so I won’t go lower at this time. To be truthful, most nights I don’t eat all my calories anyway, even though they say to always do so. I usually have a 100 or more calories left. I just eat when I am hungry, and if I am full, I don’t. So, I think 1560 is a safe number.

(Old scale reads 180 and new digital reads 181 – strange, it was usually the older scale that was higher!)

It’s been a rough few days. Mike badly hurt his eye last Thursday, and although I have been doing okay in my calories, some of the food choices might have been more “processed” than I’d like.

But we both got a good night’s sleep Sunday night and since then, I have been feeling awesome, with more energy! I feel tremendous. Don’t know if it’s better food, better weight, or both….but I am happy! :)

It looks like I am down at least 2 more pounds.

It’s confusing, as the older scale seems to be messed up and it usually shows 2-4 lbs more than our new digital scale.

Yeah, I know digital scales are messed up and not always accurate either, and that’s why I am being conservative with the 2 lbs.

Why am I not jumping up and down and happy? I dunno. I guess I am afraid it’s not real.

Hurray! Down another 2.4 lbs. (officially calling it 2)

We bought a new Taylor digital bathroom scale at Kmart yesterday. Nothing fancy, with no extra fat percentage or user features. Just a plain ole digital scale that weighs your body.

I was excited to get on the scale this AM (in hubby’s bathroom downstairs) and was pleasantly surprised to see that I was down 2.4 lbs for a total loss of 13lbs! So, I went back upstairs to my original scale, and weighed myself. Nothing lost, still at the same weight as previously recorded.

While I was thinking I was going through a plateau, it was really my scale in the wrong place! I had it against the wall, and maybe the floor is a bit crooked or something. I dunno. But I will hopefully rely on the new scale now. It will be much easier to read.

So, cool! Yay, I am soo excited to be rewarded for all my hard work. I thought I was at a stand still!