I was walking around BJ’s the other night and saw an enameled cast iron “french” pot and I joked to my husband that it was probably a french pot, made in China. 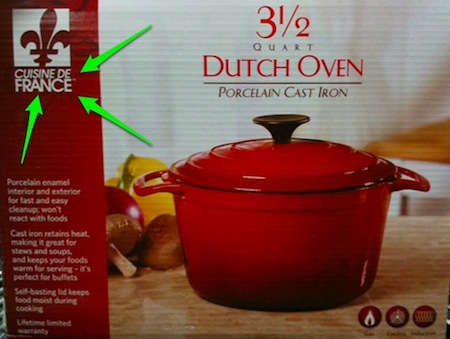 I half-heartedly turned over the box, and I admit I was a tad bit surprised to see “made in China”, well not THAT surprised, but it did shock me a little. 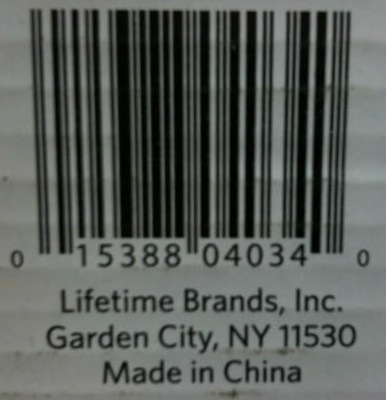 It still amazes me that companies are allowed to push the limits of fair & truthful marketing with their sneaky packaging and labels!

I suppose it’s too much to ask that something named “Cuisine de France” (which according to the manufacturers’ web site means “French Kitchen”) would actually have something to do with France except for the name on the box!

I know, I know, everything nowadays is “made in China”, but if you know about good cookware, you’d know there are still cast iron pots being manufactured in France (Le Creuset and Staub); in fact, one of the kitchen tools so many home cooks aspire to own, is a good-quality french enameled cast iron pot!

I really think Lifetime Brands took advantage of that fact by making it look like this could have been a french-made pot, when in fact it’s no better than any other cheap no-name import. At first glance, I admit I fell for it, and I bet a lot of other consumers did too.