I was curious about the new show on Cooking Channel TV: Good Housekeeping Drop 5 Lbs (with Melissa d’Arabian), so I made sure to DVR it.

The first episode opens with the recipe, Chicken Breasts with Apple Curry Sauce and it looked scrumptious; I love the idea of sweet & savory for dinner.

But I was a little puzzled when she suggested topping the steamed broccoli with a tsp of margarine. MARGARINE? Do people still use margarine?

It was even funnier to look at the recipe online, and see they suggested, “trans fat margarine” – LOL. I assume they meant “trans fat-free margarine” but even still, to suggest margarine over a whole food like butter is silly.

Plus if you choose the butter, you’ll save yourself the consumption of icky ingredients like artificial flavors, monoglycerides, sorbitan ester of fatty acids, disodium EDTA, along with a dose of GMO (genetically modified) vegetable oils, plus all the pesticides and toxic fertilizers.

But getting back to the episode.

I whole-heartedly agree with the advice that you need to measure your portions; I think a kitchen scale is a more accurate way than a measuring cup though (I love to weigh in grams) but it’s better than eye-balling it. Two & half years later, I still weigh most of my food. It really does help keep your portions honest!

On the whole, I’m not a fan of Good Housekeeping, it’s a bloated ad-driven magazine, but at least the show seems like a fairly good idea. No, the tips and hints aren’t anything new, but if it helps inspire someone to begin a healthier lifestyle, then that’s all that matters.

I’ll continue to DVR the episodes, so we’ll see how it develops.

So, I watched the first episode of the new TV show, Hungry Girl (with Lisa Lillien) on the Cooking Channel, and I admit, some parts might be helpful to someone trying to lose weight, but most of it was pure Hungry Girl, suggesting unhealthy processed foods, instead of fresh whole ingredients.

This first episode was all about pizza, and she power-promoted Turkey Pepperoni, which by the way is full of dangerous chemicals and tons of sodium. Her recipe calls for only 4 little pepperoni pieces, so truthfully, why bother!? Why temp yourself with the stuff you shouldn’t be eating, like processed meat? Wouldn’t it be better to load up the pizza full of yummy mushrooms, onions, peppers, garlic, and heart-healthy olives.

Since the show is geared toward those that want to lose weight, her recipes typically yield only one individual serving, but you could probably double or quadruple them if feeding more.

My main gripe is that her portions appear unrealistically small. 200 calories for one small crispy tortilla pizza? 200 calories for lunch or dinner would never fill me up! And sorry, if I am splurging at the pizza parlor, I am not going to just eat one slice, like she suggests.

But I do really like that she measures ingredients! I think using a kitchen scale and measuring cups/spoons is really an important part of long term weight loss, especially in the beginning.

Truthfully, her recipes are nothing special, but since she has so many adoring fans, my guess is the show will be a hit. Personally, I would rather watch a show highlighting fresh ingredients for a long term healthier lifestyle; instead, Hungry Girl endorses junk food replacements and swaps.

From her show’s main page: “Enjoy eating whatever you want — including Chocolate Marshmallow Cupcakes — without any of the guilt.” Hmm, maybe guilt is good when it comes to some foods! Ha!

Speaking of junk food, most of the recipes are listed for future shows on the cooking channel web site, except the show named Chocolate 911.

Chocoholics rejoice – Hungry Girl shows you how to enjoy your favorite indulgences guilt-free including Chocolate Marshmallow Mississippi Mug Pie, Madness Cupcakes, an over-the-top dessert drink, a Mounds Bar Martini, and to top it all off: a non-alcoholic Hot ‘N’ Nutty Liquid Brownie. In addition, Lisa searches for the dessert of her dreams!

Can you say S-P-L-E-N-D-A ? And that is when I really get discouraged!

Starting January 8th, Hungry Girl (Lisa Lillien) will have her own show on the Cooking Channel.

She loves using highly processed foods, especially artificial sweeteners, but I guess there is a market for this type of cooking. When I started on my weight loss journey, I did subscribe to her newsletter, but the constant barrage of recommendations for processed foods turned me off.

Kind of disappointing, because I think that we need to do more ‘real’ healthy cooking with whole foods.

Yes, I’ll probably tune in at least once to see what the show is about, but I doubt I’ll be a long term fan. I hope she won’t have the same longevity as Sandra Lee on the Food Network!

I am loving the new Cooking Channel and one of my favorite shows is Molto Mario with Mario Batali; I try to watch him every morning at 7:30!

I rarely watched him while he was originally on the Food Network, but I have found a new appreciation for his historic discussions of Italian way of life and what, how and why they cook. I borrowed three of his books from the library, so I can learn more; I really am intrigued by the simple style of Italian cooking!

Anyway, the other day, Mario cooked Polpette di Lupo. Translated to English, it means “Wolf Meatballs” – no, not meatballs made from wolf meat, but sneaky like a wolf, because there’s no meat in the meatballs! I knew I had to try this recipe!

My version is altered slightly. 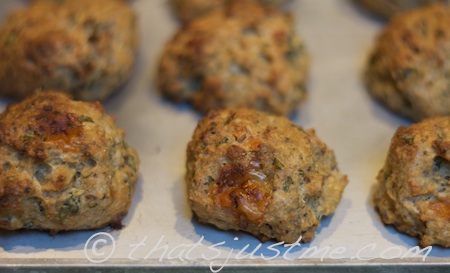 END_OF_DOCUMENT_TOKEN_TO_BE_REPLACED

Original notes from MONDAY May 31, 2010 with updates from Wednesday June 2, 2010: As soon as I heard about the new Cooking Channel weeks ago, I was looking forward to today’s debut. The shows started at 7am on Monday, May 31st on the old FLN (Fine Living Network) channel. Brought to you by the same company as the Food Network, it’s more about instructional cooking sans all the reality show drama. At least that is how they are starting out. I am really looking forward to watching the old classic shows with Julia Child and the Galloping Gourmet! Looks like they are starting on Tuesday at 2pm.

I woke up around 7:30 and started watching.

“Chuck’s Day Off” was on. I loved that he cooked simple, easy recipes with fresh, sustainable ingredients. That’s so important now. I liked his personality and will definitely watch again.

Next was “Everyday Exotic” – I only watched 2/3 of his first episode at 8am and 2/3 of the next one at 8:30am. He was okay. I don’t know that I would necessarily seek out his show again, but if I saw it was on again and there was nothing else, I would probably watch. I found his humming annoying, as well as how he keeps saying “crazy” or “beautiful” – too many adjectives. Maybe he had just too much nervous energy, and he’ll get better with time and experience. I do like that he takes one main ingredient (papaya, mango) and uses it throughout his recipes. He did offer some good tips. My favorite tip was that he used a pair of tongs to juice a lemon/lime. I am definitely going to try that!

UPDATE: I can’t believe the show I wasn’t so crazy about is starting to become one of my favorites. I watched Everyday Exotic a couple of times, and I really like the show now. His personality grows on you, and I am enjoying his recipes.