Vacation! I love them but I know I’ll be bad! There is a scrumptious bakery close by and I know we will be visiting nearly every day! I’ll make sure I work out though. Last weigh in the other day was 147.6 I think.

It’s Raw week over at the “I Heart Cooking Clubs” web site. Raw? Hmm, what kind of inventive dish could I make that’s raw?

I launched the Mark Bittman “How To Cook Everything” iPhone app and searched for “raw” – the first recipe that popped up was “Linguine with Raw Tomato Sauce” – oh that sounded good.

I was hungry for lunch this afternoon, so I decided to make one serving for me. 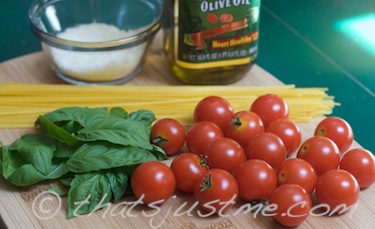 The ingredients and cooking steps are so simple, it’s laughable!

END_OF_DOCUMENT_TOKEN_TO_BE_REPLACED

I bought a box of fresh local apricots the other day and I wanted to use them up, along with one overly-ripe lonely banana. Wouldn’t a nice loaf of whole wheat sweet bread would do the trick! 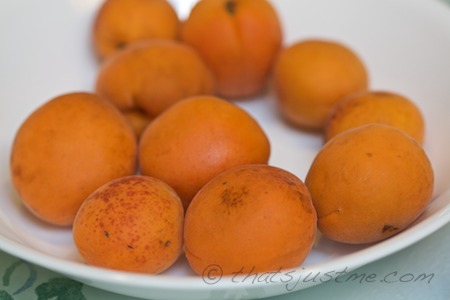 So, I googled, and would you believe most of the apricot/banana bread recipes use “dried” apricots. These were yummy FRESH apricots. Then, I thought, wait, apricots are just like peaches, so why not find a nice peach bread recipe and modify it with apricots instead.

I found what looked like a good ginger peach bread recipe over at honestfare.com – yummy, never thought of adding ginger. Great idea! So, this recipe is inspired partly by Honest Fare and partly by my other two sweet bread recipes. Of course, it’s made with whole wheat flour, and it’s got less refined sugar and more fiber than most sweet breads.

END_OF_DOCUMENT_TOKEN_TO_BE_REPLACED

I was curious to figure out if our backyard bush was indeed a blackberry or perhaps instead, a black raspberry bush.

After some research online (isn’t google grand?), I am now fairly confident that we have a BLACKBERRY bush, not raspberry.

The big difference is the way the stem affects the berry. A raspberry has a hollow opening when picked, the blackberry does not.

Here is a close up of some organic raspberries I bought a few weeks ago: 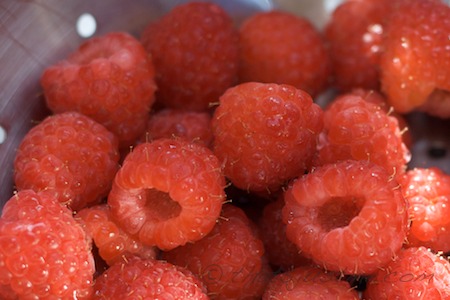 And here is a photo of a few of the blackberries picked a few days ago from the backyard bush. The blackberry has a white core from the stem. 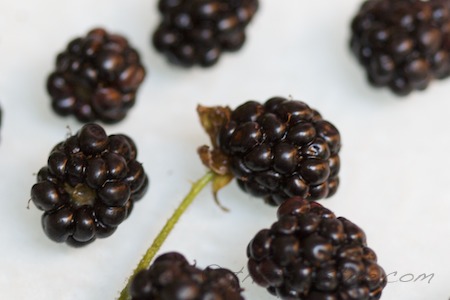 I found this web page on wikihow that explains it very well, with photos too.

Well I wrote about this previously, how my Breadman bread machine just stops working when I’m loaded up and ready to make dough.

I’ve now learned to check if it’s working first before I add my ingredients to the bucket. Mike has tried fixing it several times. He has to manually turn the paddles or lever so the motor turns. It must be ceased up, and he has to release it. I don’t know how long it can keep being fixed like that, so the time has come to just buy a new machine!

So, which model to purchase and how much to spend?

END_OF_DOCUMENT_TOKEN_TO_BE_REPLACED 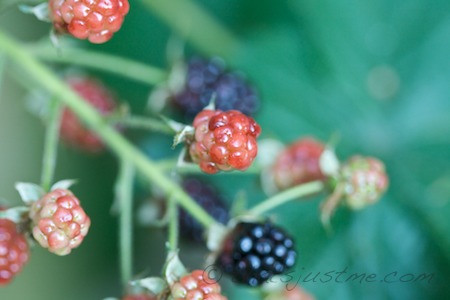 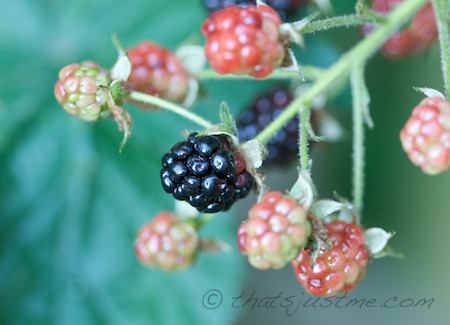 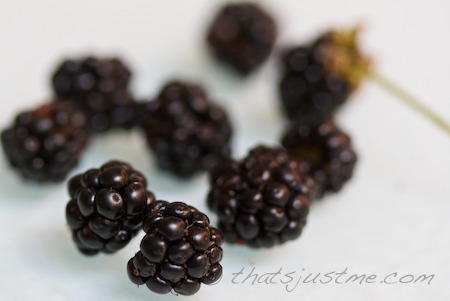 Before we left for vacation, I was browsing the cheese at the local grocery, trying to choose a cheese for our trip. I saw that Cabot offered extra sharp cheddar along with SERIOUSLY sharp cheese. I was tempted to get “seriously” sharp but I opted for just extra sharp. Next time, I’ll get serious!!! hahaa

While we were away on vacation, we visited the Yarmouth Clam Festival and Cabot had a little booth set up, with samples of horseradish, extra sharp and pepper jack cheeses. I LOVED the horseradish and pepper jack. Yum. I was hesitant to buy it before, so getting to taste it was great!

So, I was at Market Basket, grocery store this week, and I saw the horseradish cheese in the dairy case. I turned the package over to read the ingredients, and oh no! “Natural and artificial horseradish flavor” – artificial flavor? yuck! It also had the additive sodium citrate! So, I put it back down and decided to check Whole Foods for a more natural brand of horseradish cheese.

I’ll still buy Cabot sharp cheeses, but I’ll stay away from any of their flavored cheeses. Too bad they couldn’t stick to a more natural list of ingredients. 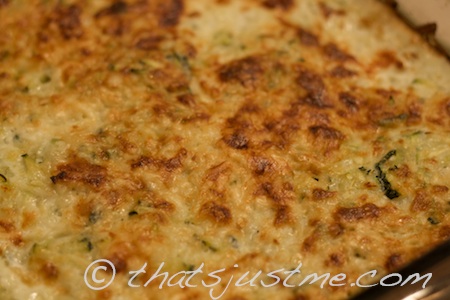 I received some lovely zucchini in this week’s CSA share, and I wanted to make some more of the yummy zucchini onion pancakes, but didn’t have the time to sit and cook pancakes tonight. I needed something that could be thrown into the oven and easily baked with virtually no assistance.

So, hmm, I thought, how about a baked gratin? yum.

END_OF_DOCUMENT_TOKEN_TO_BE_REPLACED 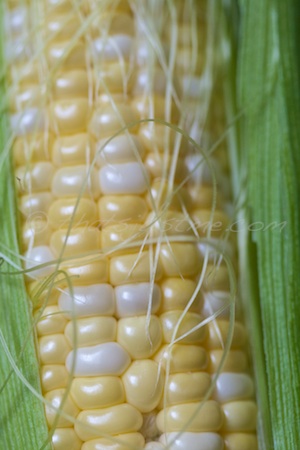 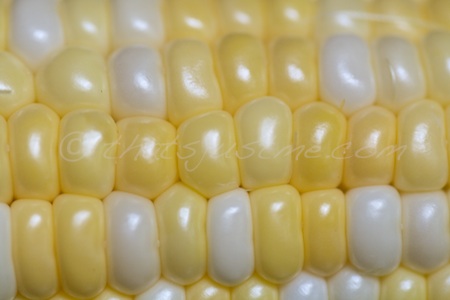