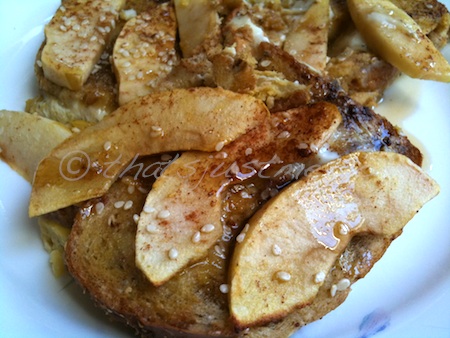 Instead of using full slices, I have been tearing the bread into smaller pieces. But I have learned that too much bread isn’t better, but extra fruit is yummy.

Tonight, I broke up the rest of my homemade 100% whole wheat bread into small pieces, chopped up one apple, and opened a small box of raisins. Mixed with 2 whole eggs, 3/4 cup of egg whites, cinnamon, ground ginger and vanilla. I baked at about 400° for about a half hour.

In the meantime, in a medium fry pan, I dropped a defrosted 8oz bag of Cascadian Organic Blueberries with 1 tablespoon of table sugar. Cooked for a few minutes, and topped each serving of french toast. It was pretty sweet, even though it didn’t seem like it when I first started eating. By the end of the plate, it was super sweet, but good. I think next time, I might try throwing the blueberries into the food processor or blender to make them more of a syrup when cooked. 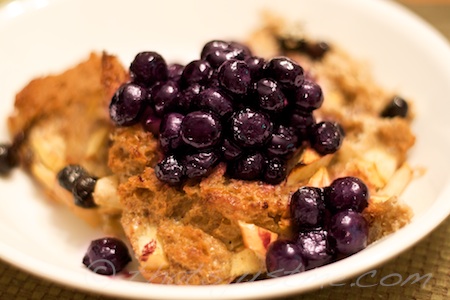 Update: yikes, too much sugar. My stomach feels like crap hours later from eating all that sweet. Next time I will know!

Made this recipe with farm fresh blueberries and a few backyard blackberries. Oh yum. After it baked, I drizzled a little bit o’ honey on top and it was paradise! 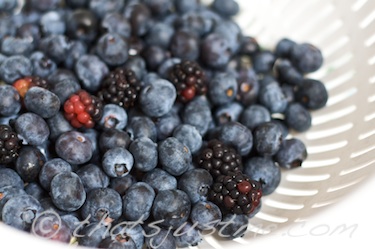 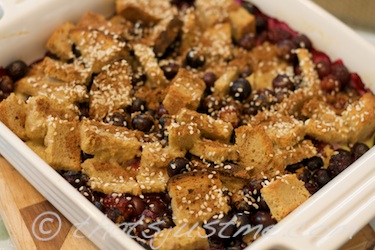 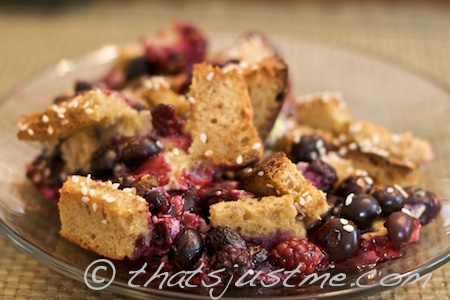