I planted my first seeds a week ago Monday (May 6th) so I figured I’d better post something, along with some gardening plans.

I had three rows of garden last season, along with countless containers. This season, I’m planning on the three rows, and a few containers.

In the row that grew tomatoes last season, I planted my cool-weather crops.

I had opened pea seed packs from last season, so I used those up first. This time I set up the trellises first and then planted the seeds in front and back of each trellis. Last season, my pea plants were all over the place, and they were a jumbled mess.

So, one small row of shell peas in front of first trellis, and snap peas in back of the shell peas, and then more snap peas in two rows front and back of the second trellis. Next week, for the remaining two trellises, I will plant a new batch of snap peas, to help stagger the harvest times.

From last season’s opened seed-packs, I planted beets on the far right end, and then scattered Asian mixed greens seeds over the middle area. 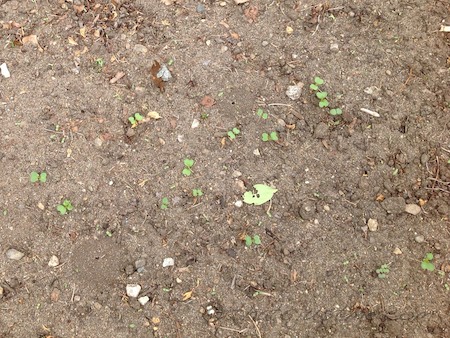 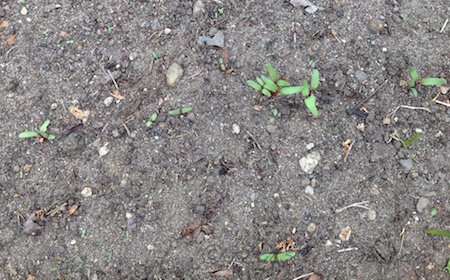 The oregano plant looks awesome again this season. It’s so easy to grow, and it just keeps coming back. This will be the third season! 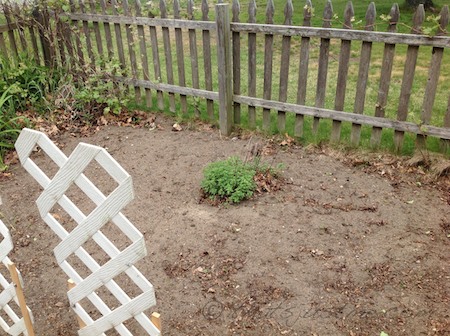 Here’s a full shot of the garden:

It’s difficult to see the first two wire trellises for the peas, but they are on the far left, first row, next to the white trellises.

My plan for the summer is to plant pickling cukes, tomatoes, cabbage, green beans, more beets, and perhaps peppers. I had such bad luck with the peppers last year, I am not sure if I want to try again.

I’m thinking tomatoes along the back fence, and I’d love to put the cukes in the front row, maybe dispersed with the greens and beets. I wonder, by the time the cukes are spreading out, the greens will be spent? I’ll have to look back at my last season photos and figure out how big the cuke plants were in late June.

My containers from last season are a mess with all sorts of weeds growing in them. I’m thinking of removing all weeds, dumping all the soil into my wheel barrow, mixing it up, maybe adding some compost, then adding it back to the containers for new plants.

Anyone have any ideas or plans for their veggie garden this summer? Life is good!