It’s supposed to rain most of the today, so this AM I went out and gathered a bunch of fresh veggies from the garden. Yum

This is my fourth harvest. Here is a photo of my last (third) harvest of greens from my garden: 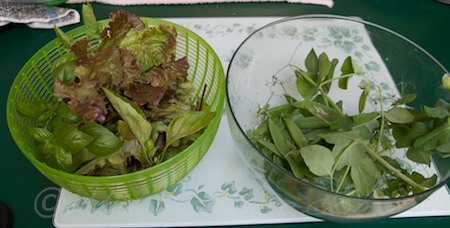 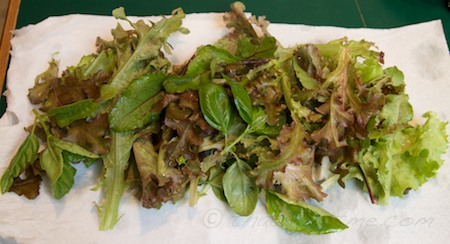 So far, the only pepper plants with fruit are the Carmens and the plants are still so short/small, the fruit is larger and starting to drag. I figured I’d try cutting off two fruits to allow the plant to maybe catch up and grow some more! I had heard that it encourages the plant to grow more fruit if you pick the peppers while they are green, as opposed to waiting until they turn red. This will be an experiment!

Yesterday, I caved and bought a bottle of BT-Thuricide (Bacillus Thuringiensis), which is an organic solution for cabbage worms/larva. 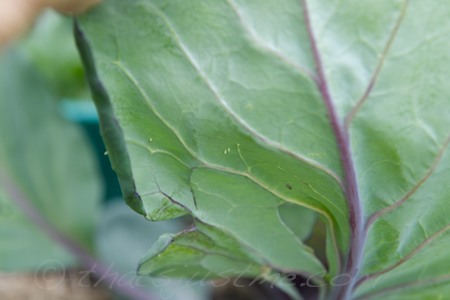 It was very easy picking off the tiny little yellow worm/eggs from the cabbage outer leaves, see my photos above. But then I noticed there were a bunch of worms snacking on inner leaves and it’s a lot more difficult to get them out!

The organic experts say BT is safe, but I still am reluctant to use it, mainly because it can cause resistance if overused. It’s especially disconcerting that they are “weaving” BT into Genetically-Modified (GMO) cabbage plants, which will eventually make BT useless for caterpillar/worm control!

Other than that, most of my plants are doing very well, in-ground and in-containers.

The only plants with issues are the bell peppers. I guess it might be more difficult to grow in the North. Most of them are looking “black” and losing their leaves. It could be from overwatering and not enough “heat.” I don’t know if I’ll attempt to plant bell peppers again next season.