This morning on the scale, I weighed 158! Yippeeee!

I love sweet potatoes, or are these yams!? I will have to look at my Whole Foods recipe.

Anyway, I don’t make them often enough because my DH supposedly hates them, but I just don’t see how! They are sweet as sugar! Delish and so good fir you!

I finished watching (Fine Living Network) FLN’s rebroadcast of season 7 of the Biggest Loser. It’s been on every weekday morning at 8am and I have a ritual with my two doggies, to stay in bed, have a little breakfast, play on the computer, and watch the Biggest Loser before I head to work.

I didn’t become a regular Biggest Loser fan until season 8, so it’s been fantastic to catch up with older seasons. After watching season 5 with Allie Vincent winning, I was excited to view season 6, with Vickie, the game playing manipulator I heard so much about. But unfortunately, they skipped season 6, and started playing season 7, which was okay.

So now they are repeating season 8. Wow, I watched the original shows, but it was really great to see them at the “beginning” again to realize how far the contestants have come! Especially Shay Sorrells – she is such an inspiration. I follow her on Facebook, & I think she’s just great!

I also adore Amanda and Rebecca. I don’t know why, but I find such inspiration in the Biggest Loser contestants. I know there are a lot of people who disapprove of the show and their weight loss tactics, but peel away all the “Made For TV” crap, and you’ll find human beings finding a new way of life for themselves. I find motivation in their daily struggles! I can relate to their pain and determination. Now that I am so close to finishing my weight loss journey, I need to keep finding new inspirations to maintain all I have accomplished. And the Biggest Loser helps!

And yay, a new episode is on tonight!

Oh yum. I was at Whole Foods grocery yesterday (my favorite place to be) and the produce guy, Jason, was very helpful. I was asking him a few questions about the apples on sale, and when organic peaches, plums, nectarines arrive, and after he saw me choosing a few navel oranges, he came over to me and offered me two (free) Heirloom Navel oranges to take home. It was very nice. The oranges were soo cute with the leaves attached. I am such a sucka for fruit with leaves attached!

Anyway, I just had one now. Jason said they were very sweet, and he was correct! Oh it was yummy! Very easy to peel and it was so sweet.

The label said they were from a company called www.ripetoyou.com so of course I had to look them up. The company is from California (of course, they do grow the BEST and ONLY navel oranges I will eat) and it sounds like they are a wonderful caring company.

I am always bummed because the California Navel orange availability is always so fleeting. It looks like I only have a couple more weeks for my favorite Cara Cara, but the Heirloom Navel will still be available until the beginning of May. It was helpful to view their online Variety Chart to see when fruits were in season.

Yum, I love eating in season! So much to appreciate and look forward to!

I am so proud of myself! Wow! My DH and I went on our first bike ride of the season (40 minutes trip). I kicked ass! He had a difficult time keeping up, and I wasn’t even going at my peek!

I tried to burst a couple of times and it was amazing. Usually, when I bike, especially the first few times of the year, my legs feel like they are going to fall off if I keep going. Only once or twice did my legs feel any kind of pressure, and it only lasted a few seconds. I was so happy! I was a bit chilly at times, even with my ear muffs.

Wow, I think this is probably the best shape I have been EVER! Or for at least as long as I can remember. I don’t remember feeling this good when I was in my 20’s!

My DH felt jelly legs by the time we got home, but I was still raring to go! I decided to try jogging from our driveway to the end of our street. Not very long, probably not even a minute, but I did it! And I felt great! I walked back feeling very proud and invigorated!

Whaah!? This is wonderful and strange all at once!

I know I said that I shouldn’t weigh in until this weekend but I couldn’t resist. 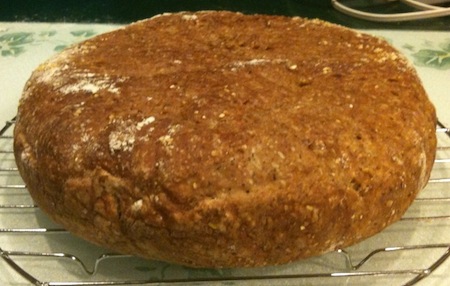 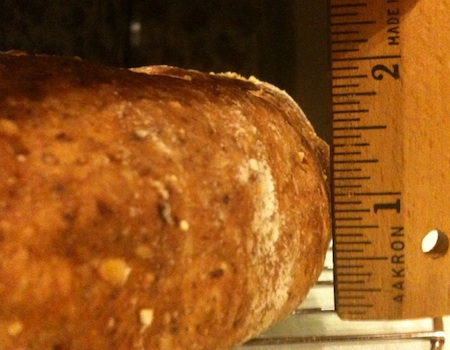